The nightmares that have been haunting Lisa for weeks are starting to bleed into reality. Words she doesn't mean and choices she wouldn't take pile up day after day, week after week - spoken by someone other than herself.

Will Lisa and her best friend, Dale, get through it together before she loses complete control of her life?

The Remains of My Affection is a short atmospheric thriller with touches of dark comedy and psychological horror.

The Remains of My Affection is a short horror game made for Spooktober 2021.

nice voice acting and story, i specially like the vibe of the game 10/10

Reply
Let's All Get Along~148 days ago

Woahh I love this! Admittedly I have more questions that answers but I love the set up and the story, the characters (Dale is my favorite becuase they're just ROYALTY at this point), the art style because they look so nice no joking, and the voice actors did such an amazing job! I could really tell the emotions from their voice (especially with the voice cracking from Dale and the tone variation within Lisa's) and they really helped to elevate the experience!! Also, SPOILERS FOR THE GAME BELOW!!!!

I'm so intrigued by the game's story! Because I thought this was some sort of psychological horror where Lisa's "mom" (which was actually a figment of her imagination that was the culmination of every bad thing she did or thought of) began to surface when Lisa moved to the town to try to be independent. I thought that Lisa's mom died in real life and Lisa moved to try to get her independence since it looked like the mom was like Mother Gothel in a twisted motherly sense who loved having her daughter depend on her, but because the damage was so strong that Lisa's own mind created the mom to haunt Lisa or to keep a semblance of "normalcy". There wasn't anything paranormal other than Lisa's mind breaking after realizing her abuse done by her mom was so different than the normal life she lived when her mom was gone and she couldn't handle it so her mind "recreated" the mom and only started to get really bad when Dale came in and showed Lisa a healthier life which threatened the "normal life" Lisa knew of which resulted to her blacking out and trying to return to the old house to return to the life she was so familiar of.

But then it changed when it seemed like Lisa got possessed when it entered Dale's POV. I thought it was like an alter but I went with ghost possession cause I didn't want to stigmitize a rare disorder. By the way, the voice actor?? Jett Barker did such an amazing job showing the difference in the voices, though I would have liked it when Lisa changes expression to show no highlights in her eyes because she was like... possessed by something, right? It made me confused if Lisa was really her or not especially when the "no-highlight-eyes" look is generally categorized when a character isn't themselves. But her expression when she smiled was so eerie, it was so cool!! But yeah, I genuinely thought she was possessed by the ghost of a spirit and her blacking out was the ghost of her mom trying to get in control and return her child back to the house. But then when the mom suddenly got up I was like "Okay what???"

SO I THOUGHT THE MOM WAS STILL ALIVE BUT HOW DID LISA GET "POSSESSED"?? Okay, then I though "Wait, what if the mom was still a corpse?? And the ghost mom quickly possessed the corpse when Lisa began fighting back to kill Dale and possess Lisa again??? That sounds even complicated but??" But if the mom was still a corpse then surely it would have been a much bigger deal because hello? Corpse moves and is intent on murder? But then Lisa says at the end that Dale hasn't seen her in half a year and her mom died somewhere in that half a year since Dale hasn't seen her--

I need a timeline for during the entirety of the game because the in-game time transitions are messing with me. But other than that, then does it mean that Lisa's mom HAS BEEN ALIVE THIS ENTIRE TIME?? Then was she projecting her spirit to Lisa and with Lisa being mentally tired from her working or probably beating her down with constantly bring up every mistake Lisa did all while making sure to lodge in the memory of Lisa's mom so she would unconsciously think of her, and in a way easily access Lisa spirit??

I have no idea, all I know is that I have had many questions regarding the end. BUT I NEED TO KNOW IF PIZZA IS OKAY! I'm glad to see Lisa and Dale happy but still...

This is an amazing game in the end!! Apologies for the long comment lmao.

man that was a good short game it was awesome!! the action was so good. but damn didn't expect the old hag to be alive but damnnn she must have been a witch.

also the voice acting was on point and cool.

"Words she doesn't mean and choices she wouldn't take pile up day after day, week after week - spoken by someone other than herself." Just judging by the pitch, is this about the psychological horror of being "misunderstood" and trying to evade the consequences?

That isn’t what I had in mind when I wrote this story. But if that is what you get out of it, then cool! Hearing about different interpretations is fun.

Started reading this VN and couldn't put it down until I reached the end. Lovely sound design and performance from the voice actors. Really enjoyed Lisa and Dale's interactions. 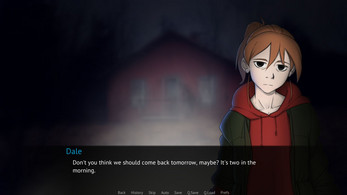 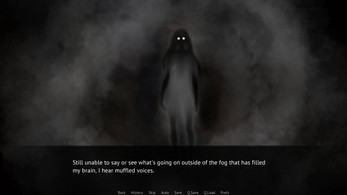 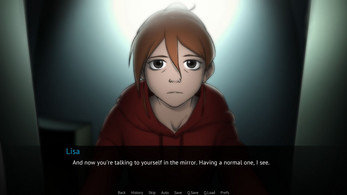 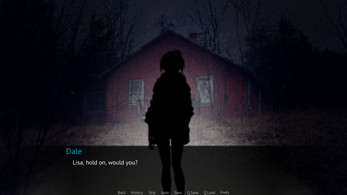 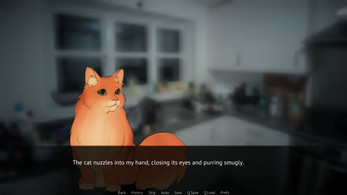